I was lucky enough to be in Nadi for the 21013 Diwali Festival of Lights (November 3rd). For anybody thinking about taking their Fiji vacation during October or November, then you really need to make an effort to attend the Nadi Festival of Lights. I promise you, it won't disappoint! 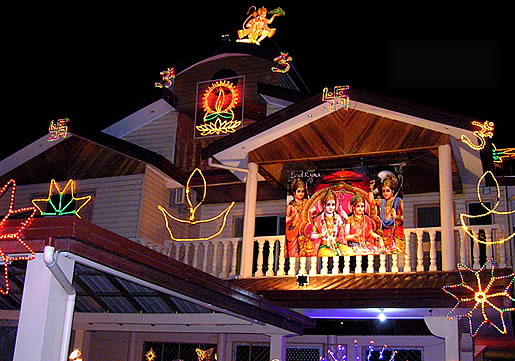 A beautifully decorated home in Nadi, during Diwali celebrations

Lights, decorations, fireworks, candles, offerings, more fireworks, people in the streets celebrating, it is just a little overwhelming. And then to top it all off, is the actual "offical" festival. The inaugural one was held in 2013, and it was so successful it is going to become an annual event. The festival ends with the most amazing firworks display ($20,000 work of fireworks). We hope to have some images coming in the near future, that will help to show you the sights sounds and colors of this amazing event.

You don't have to understand the reasons for the festival to enjoy it, but it helps. So for those unfamilar with Diwali (AKA Deepawali), here is the beginners guide.

Diwali is held during the new moon of late Oct, early Nov each year, and celebrates the return of Lord Rama after a 14yr exile, and the triumph of good over evil.

The Nadi Chamber of Commerce, in association with the town council (and with support from Tourism Fiji), got together to hold the inaugural festival. Fiji Sun Article. 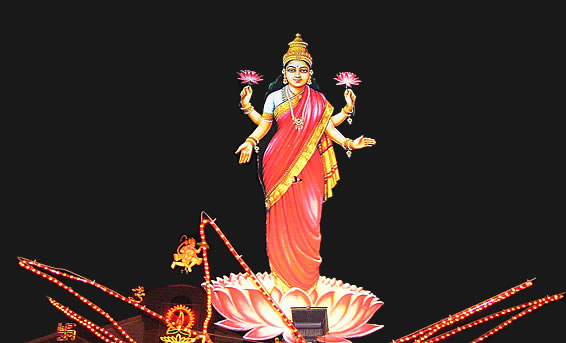 This is one of the decorations on a house in Nadi, during Diwali
You Are Here:   Home Nadi Diwali, Festival of Lights